They started with coolmathgames.com.

Then we made a visit to the pediatrician.  Afterward we played with legos and listened to Ella Fitzgerald.  We discovered a new favorite song:  Chew, chew chew (Chew Your Bubblegum)! We’ve been singing it off and on all day.

We watched Fossil Rock Anthem, a parody of Party Rock Anthem that’s about geology and that led to some other kids fossil videos on youtube.

After lunch we went Tracy Aviary. 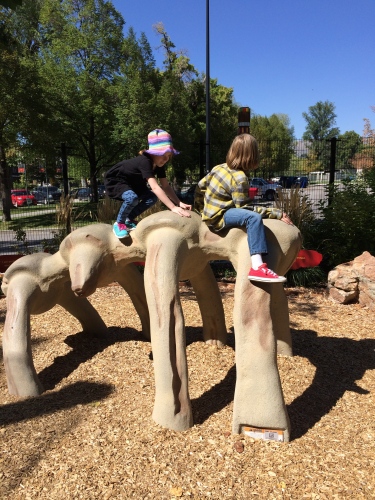 We watched the ducks and pelicans and identified a few species.  We looked at the Andean Condor, Andy and the golden and bald eagles.  One of the golden eagles was having lunch while we watched.  We read about how the eagles they have at our Aviary were injured in the wild and wouldn’t have survived on their own. 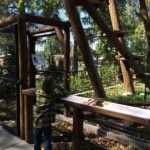 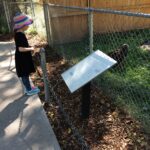 We made our way toward the the flamingos, swans and macaws and met a peacock on the walk.  Lilah was so proud that she was able to say still enough and silent enough not to scare it away. 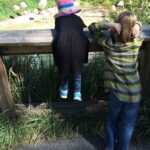 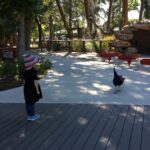 Then we had a nice long rest in the shady Owl Forest to look at all the different owls and watched some Patagonian parrots fly from keeper to keeper for treats.  We even got to see an owl fly in practice for their bird show.  It was beautiful.

Lilah did some feather collecting.

We spotted a quail bunch wandering and the kids crept slowly and quietly after them to get a better look.

After we got home, we ate and then headed to our neighborhood park for a bit of swinging and biking to end the day.