There was coolmathgames.com this morning.  And some My Little Pony watching and then afterward, playing.

They built with the marble maze some more.

Lilah made a card for her friend.  Gavin built with Legos.

I went on a long walk along the river by myself.  The kids didn’t want to go and I needed to get some exercise.  There were lots of birds enjoying the cool weather.

After lunch we listened to some John Coltrane from the Ken Burns Jazz collection while reading Ponyo.

I read some more of The Wizard of Oz.

In the evening we went to our family scouts group where the kids are working on computer coding.  Both of them had fun solving puzzles and Gavin was working on creating his own game at the end.  They really enjoyed it and I’m going to try to help find more opportunities for similar exploration. 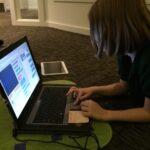 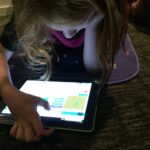 We spent a good portion of the next day exploring the Jordan River parkway south of us, watching ducks, testing out new playgrounds, crossing bridges. 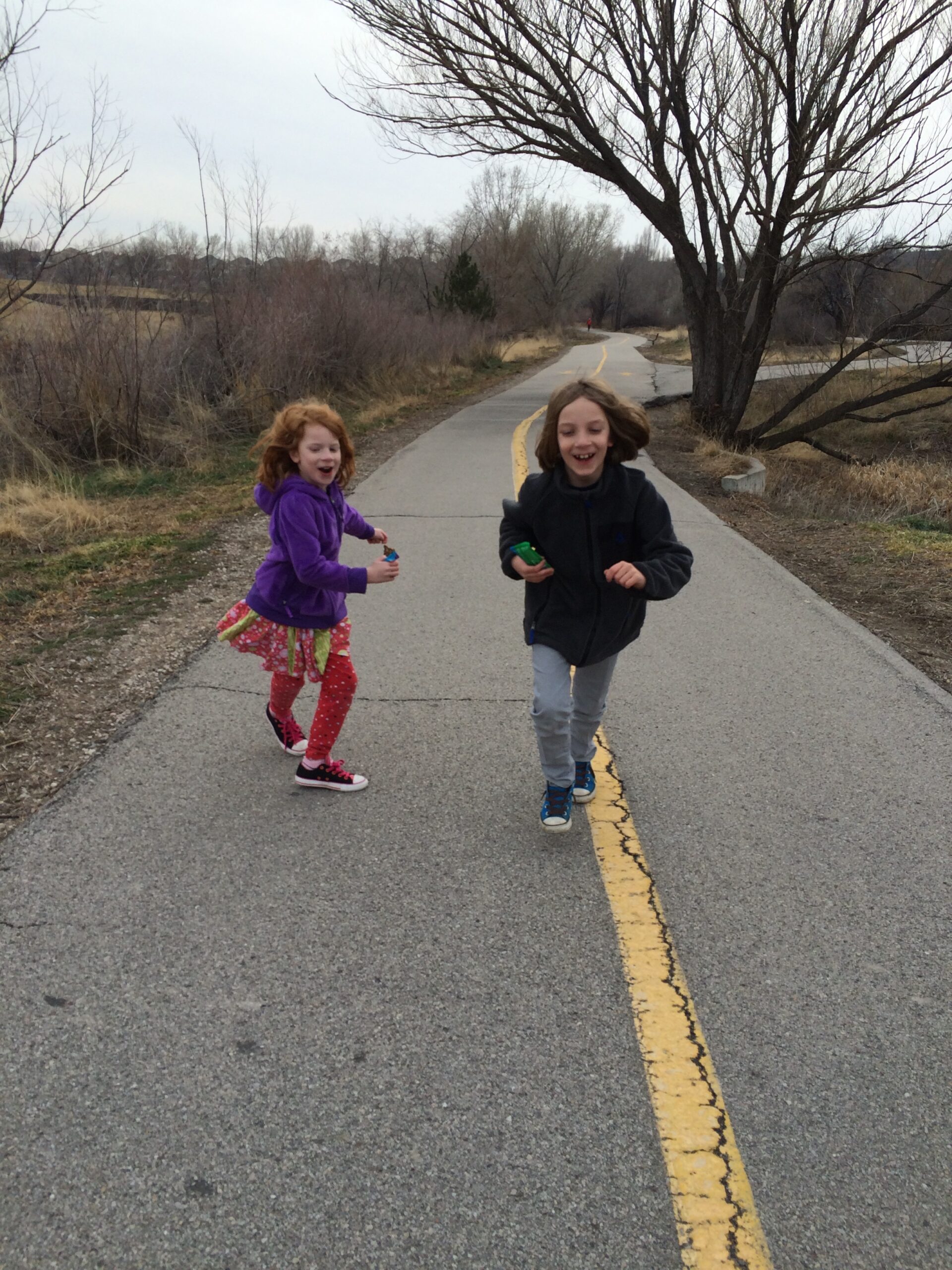 We saw a group of ducks take off and then later floating down the stream.  I pointed out to the kids that they looked like they were going fast.  Gavin answered that they were going fast because of the current.  A bit later we stopped at a pond and Lilah was putting a stick in the water.  Gavin asked her if she could tell how deep the water was.  I love taking them outdoors and watching them test things out and figure out how the forces of nature work by trying things rather than being told about things. 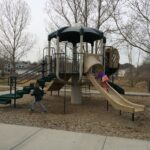 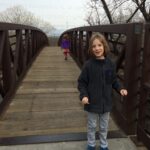 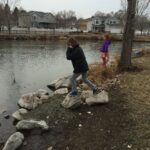 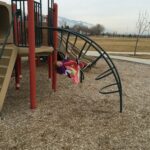 When we got home they played with Legos.  Gavin built a car for my phone.  First we tried just putting the phone on some wheels, but it rolled right off, so Gavin set out to make a phone holder on wheels.  Two minutes later it was complete. Wheeee! 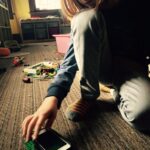 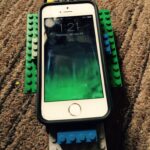 There was reading at the pediatricians office, waiting for a vaccination. 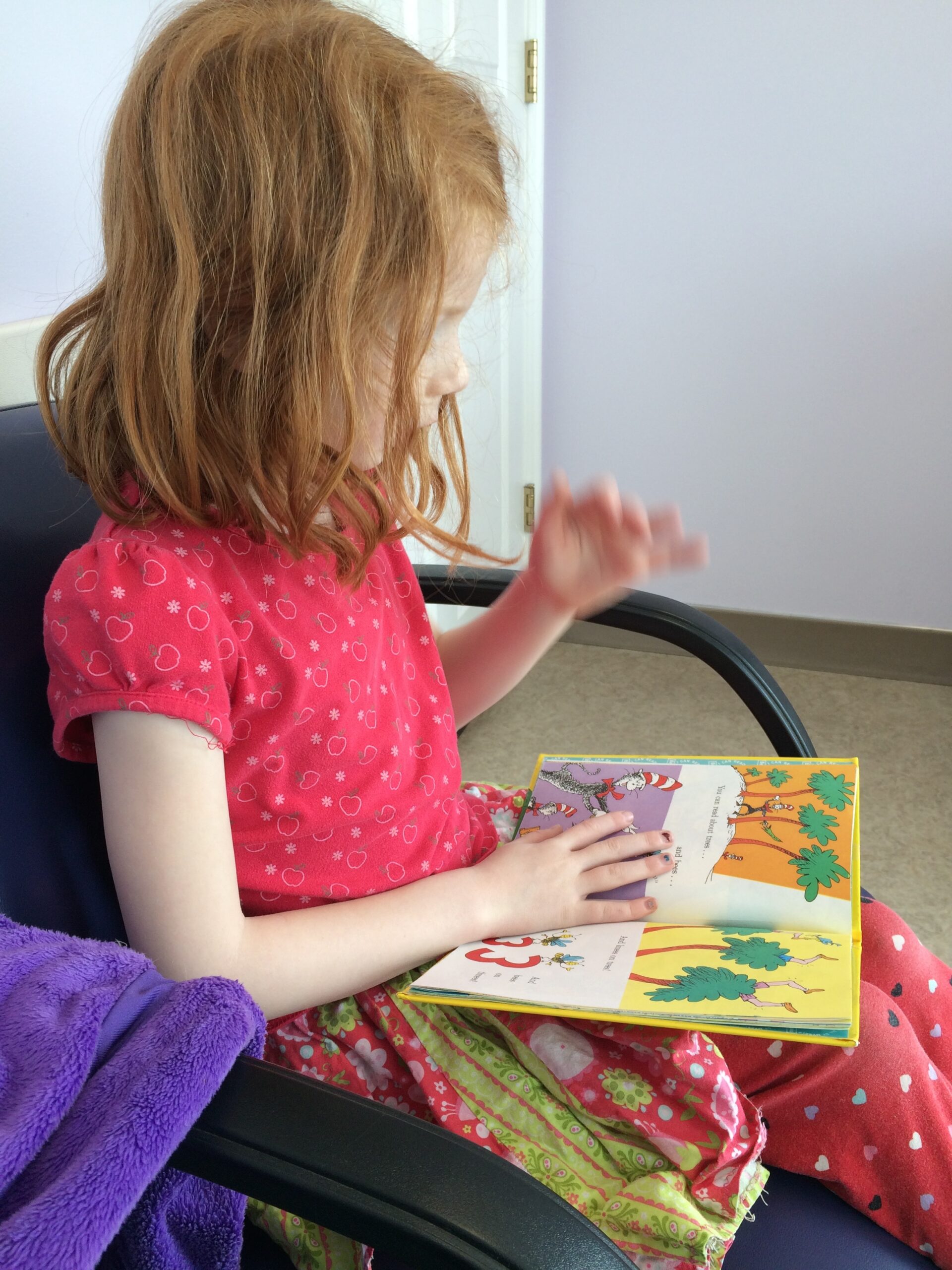 At bedtime, after I left the room, Gavin came out and told me “Lilah needs help.  She’s sad.”  She’d been quietly crying.  I went in and climbed on Lilah’s bed and held her.  She cried and cried.  I asked her if she was just sad or if she was sad about something.  She didn’t answer.  So after a while she began to calm down and I told her that she could let me know when she was ready for me to go.  Eventually she told me that she’d been sad because I “did not very much funny stuff”, meaning when I was cuddling with her at bedtime she felt I wasn’t playful enough and she was sad because she felt I was more playful with her brother, and then she said that I could go.  So I told her I could do more funny stuff tomorrow if she reminded me and told her I loved her and left. I am grateful that Gavin let me know what was happening.  He doesn’t usually need to take care of his sister but when he does he does a good job.  I am grateful that I was able to just be with Lilah through her upset and eventually that she was able to put her sadness into words.

In the morning there was perler bead building. 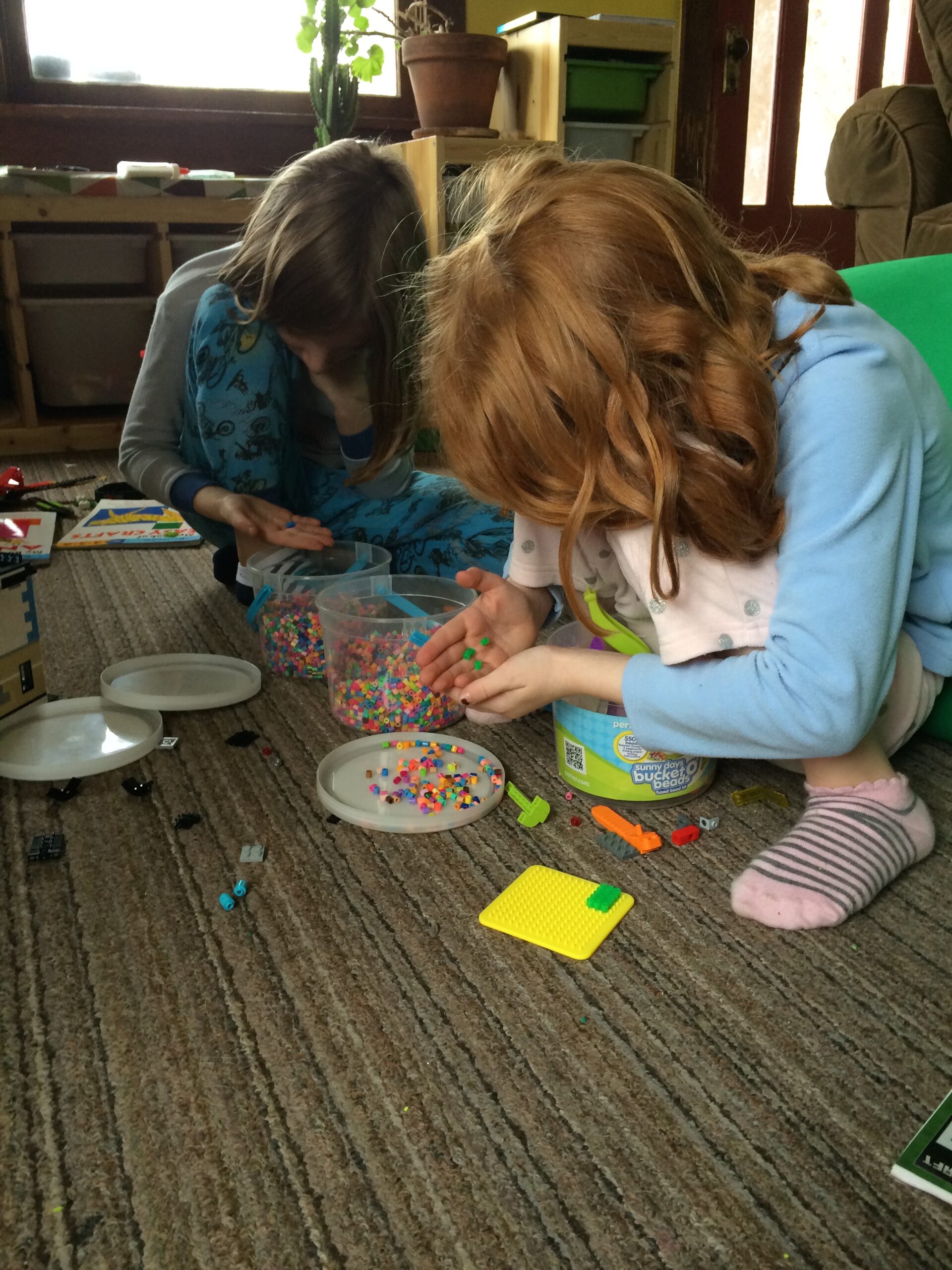 3-D style, this time.  Gavin wanted to make something for a friend who likes minecraft so we made a minecraft style box with 6 pieces that fit together into a cube.  Lilah worked on a capital B for her friend. 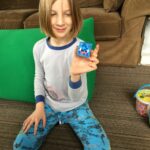 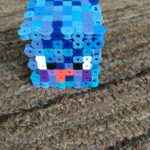 Lilah made a necklace and crown for her stuffed bird. 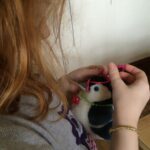 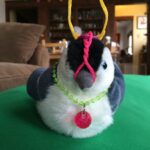 Gavin’s friend came over and they played Tsuro while Lilah and I made macaroons. 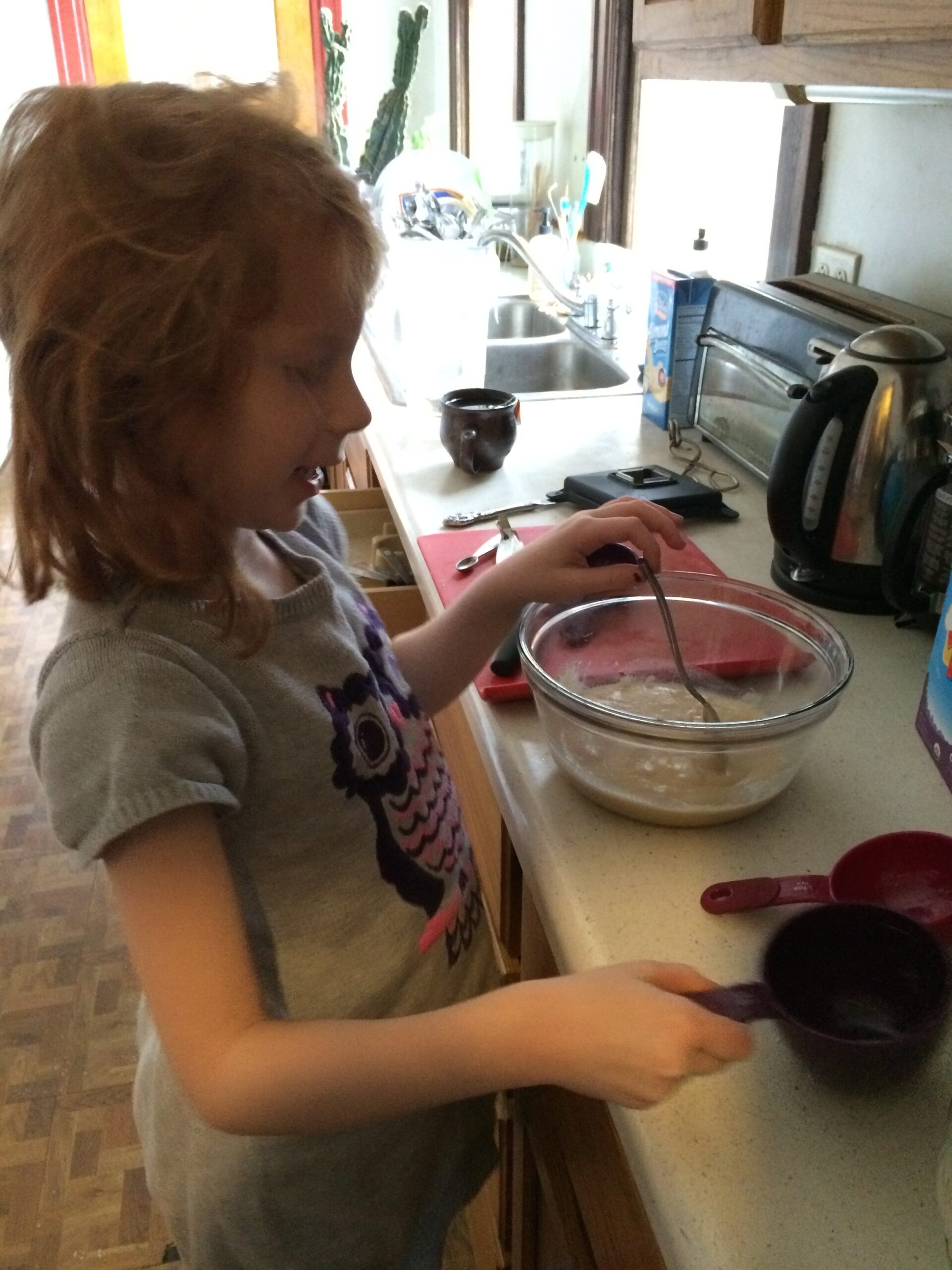 Lilah tried out the keyboard, then walked away, then came back.  I think we’ll be hearing some music in the next few days!