There was more pop bead and K’nex play.

Gavin got out his Lego master builder set.

The hexbugs came out and were built and raced with and they went to Hogwarts.

We watched and listened to Weird Al Yankovich’s Word Crimes song/video about misuse of the English language.  I’m in complete agreement on the topic of saying, “I could care less.”  That’s bothered me for decades now.  The kids found it amusing and we got to talk a bit about some common mistakes that are made.

We checked out some pictures of sociable weaver nests – huge structures built by African birds who work together to build what is essentially a bird condo, with individual nests with separate openings are joined inside one large nest structure.  Fascinating! 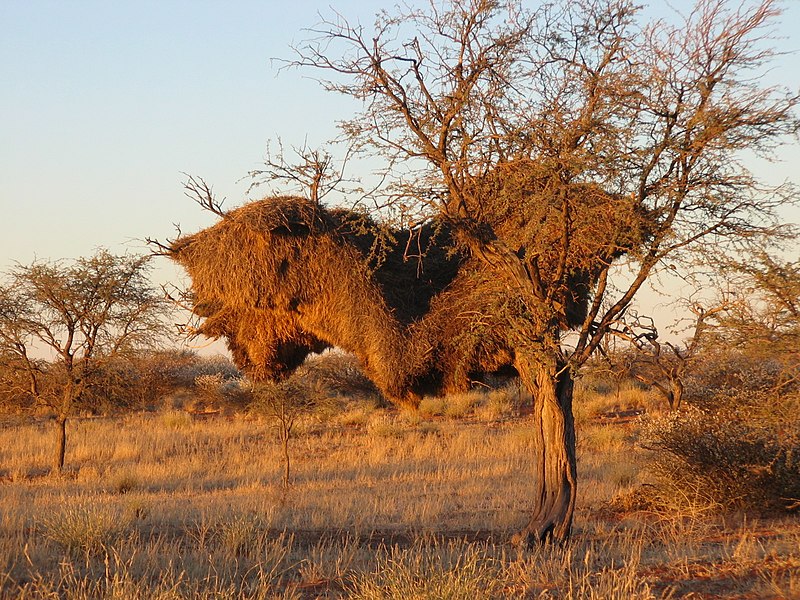 Gavin received a letter today from a friend he hasn’t seen in months.  He was so thrilled!  It asked two important questions: Did he want to be pen pals?  and Can we have a playdate?  The answer to both is of course, yes!  I’m quite excited to both rekindle the boys friendship and to encourage writing.  The best part of the pen pal suggestion is, both boys are slow, frustrated writers, so they will be a great match.

We strung up some of our paper hearts to decorate for Valentines Day.

The kids were happy to put them up and begin talking about what they’d like to do to celebrate.  I’m thinking maybe some cookies with pink and red colors, some hand made valentines and…?  We’ll have to do some more dreaming together. 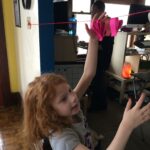 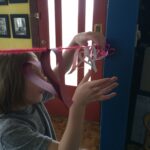 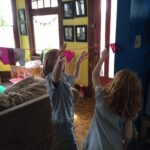 After lunch we went to the Museum of Natural Curiosity.  We climbed and slid and played with drum machines and melody makers.  We spent quite a bit of time making drum loops and melody loops, trying faster and slower tempos, different sounds, different drums, patterns.  Here they are, creating music. 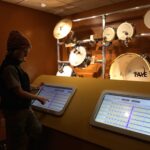 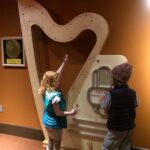 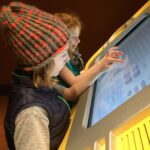 We were bandits and stole dollars from the bank and then gave them to some customers outside the bank.  We explored the magic shoppe and learned some new tricks.

We zip-lined and spun and explored the outdoor nature playground. 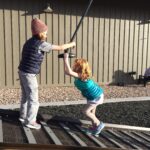 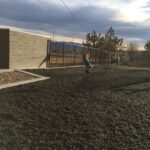 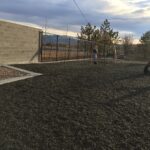 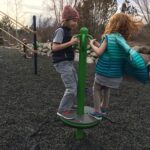 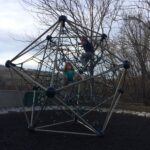 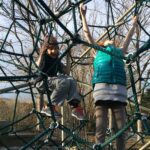 Then we headed home for a bit of a Harry Potter movie, dinner, reading, cuddles, songs and bed.

We finished the craft flowers we started a while back.  The petals were painted in carefully formed wire pieces previously and today they wound them around a stem, added leaves and then wrapped green paper around to make a stem.  Gavin says his looks like a tulip. 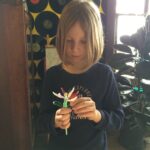 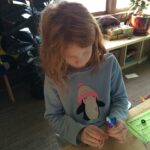 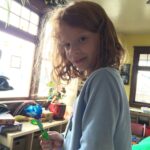 I discovered a short video about how dogs smell and interpret the world that I shared with the kids.

Lilah and I boiled water and stirred in (lots and lots!) of sugar to begin growing sugar crystals.

Gavin came and helped us decide when we’d added as much as could dissolve.  It’s amber colored because the sugar we used is non-whitened.

Gavin worked on some more Lego master builder pieces while Lilah helped by finding pieces for him.

In the afternoon we headed up to the local living history museum, This Is The Place.  It was pretty quiet, mostly closed for the winter, but we wandered the village, took a short train ride, enjoyed some animals. 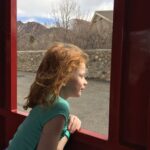 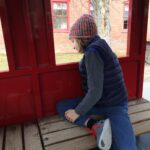 On the train tour of the village, Gavin noticed that they had a small version of the blue locomotive named Jupiter, named and painted based on the famous locomotive from the joining of the railroads at Golden Spike site.  He also checked to see how the train cars were linked together and discovered it was different than the huge old link and pin that the replicas of the old trains at Promontory used.  There was a rope in the tree and they figured out quickly what that was for.  Gavin and I read a plaque with information on all the hand-cart companies that travelled across the country to Salt Lake City, when they left, arrived, how many there were, how much equipment they carried and how many survived the journey. 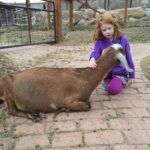 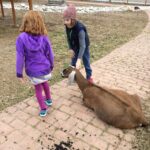 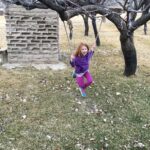 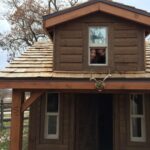 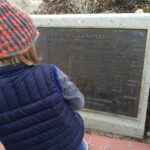 We visited the boot shop and the observatory and house that was inhabited by a squirrel.  That was amusing- going in the bedroom and seeing a squirrel who shot away into the kitchen and then out the door to escape us. 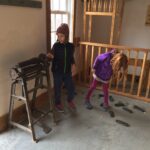 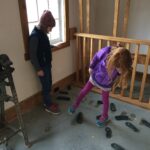