A few weeks ago we were in need of some bigger adventures. So we headed out west, into Nevada and the desert to visit a ghost town and a massive land art piece on the state border.

It was a rainy morning and the dirt roads were quite an adventure, even though they were drying when we arrived at our turn off the highway. 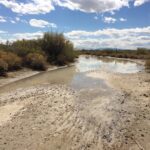 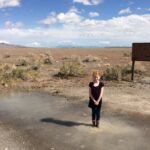 Well, we thought it was our turn off.  In discovering it wasn’t the road we were looking for we also discovered an old mining building to explore.  We spotted several lizards, big and small and had fun checking out the ruins. 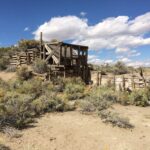 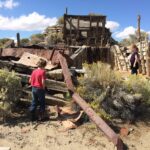 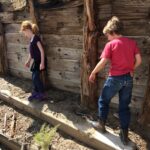 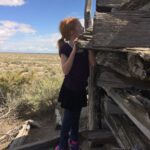 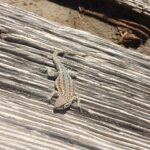 Then we got back on the road and headed toward Lucin, a tiny ghost town. We explored a bit and saw the pond, a few houses, a concrete structure others say was a phone booth, a big hunk of rock that was mined out there called variscite and lots of paraphernalia. We all decided we’d like to do more ghost town exploring. 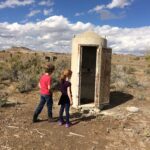 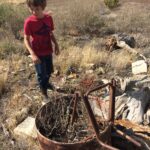 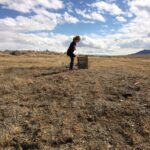 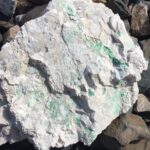 Further along we came upon a few sculptures that people visiting the Sun Tunnels have made or brought. One was made of Legos partially and the other was a structure that could be used as a shelter. It was a long walk from the road, past many lizards and several prickly pear plants. 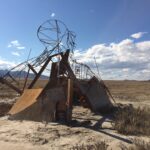 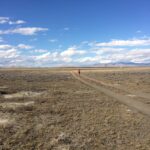 After our fill of those, we ended up at the Sun Tunnels, a massive land artform created between 1973-76 by Nancy Holt.

Those tunnels are huge! They have holes in the tops to represent constellations and are aligned so that the rising sun can be viewed in the center of the tunnels during summer and winter solstices. It’s a fascinating experience to be both out in the middle of the desert and presented with a human-made structure. The light play inside and on the tunnels is beautiful. 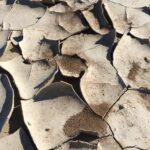 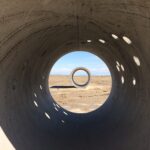 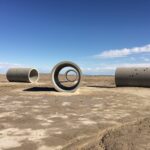 The kids liked exploring from inside and outside. So did I! 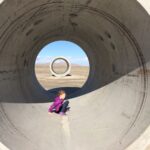 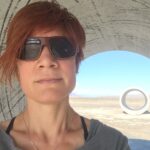 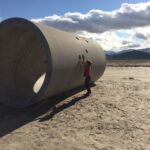 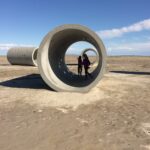 Those lizards have it pretty good out there.