We spent most of our day with other unschoolers at a Halloween Carnival at the park! There were lunch and treats, crafts and games, running and exploring, costumes and friend making. It was lovely! 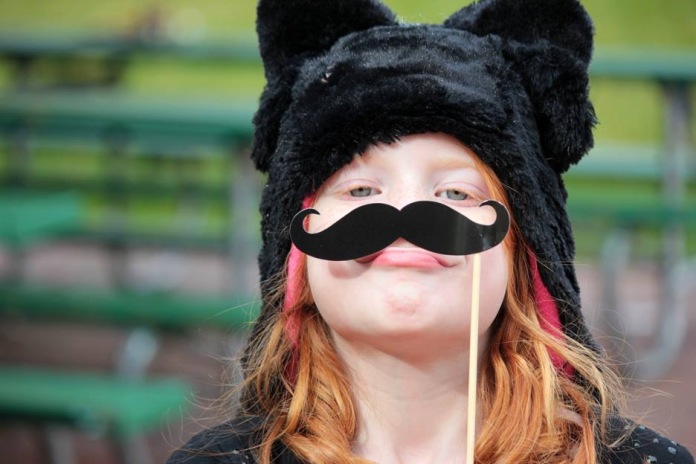 Our cookies were a hit and the kids made lantern jars and decorated masks. They raked leaves and played in the trees and by the stream. Lilah hula hooped and I painted her whiskers and nose and Gavin helped a bunch of younger kids try to get a ball down from a tree with a giant branch. For me, it’s the moments where kids of all ages come together in some spontaneous purpose or play that really make my heart full at our gatherings. There’s just something so special about it! 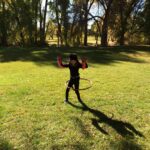 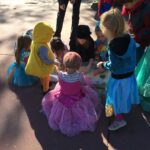 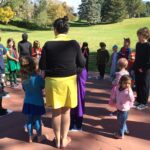 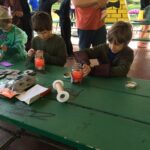 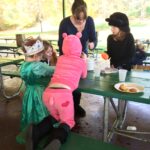 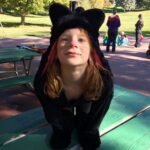 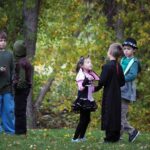 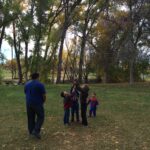 Gavin hit it off with several other kids around his own age and that was huge for him and for me as he’s been struggling with getting through that first barrier of introductions moving into play and fun. I think he’s at a hard age to make new friends. Anyway, he made several today and I’m so excited for him! I think he’ll feel so much better about going to events if he’s friends with more of the kids in the group already! 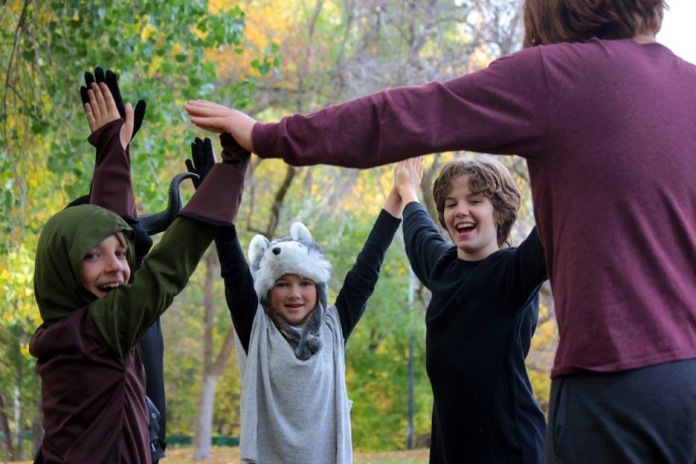 On Halloween we went over to my parents’ house where we carved jack-o-lanterns. 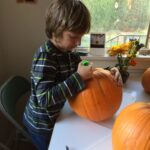 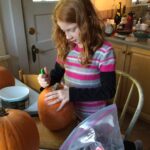 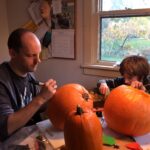 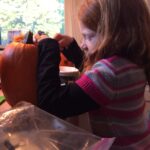 Then we dressed up and went out trick or treating around their neighborhood, ending at their house! After that the kids picked out a few pieces of candy to eat and picked out all their milk chocolate for Grandma and we headed home. The Great Pumpkin came and took their leftover candy and left Gavin a Minecraft toy and Lilah a pony toy. 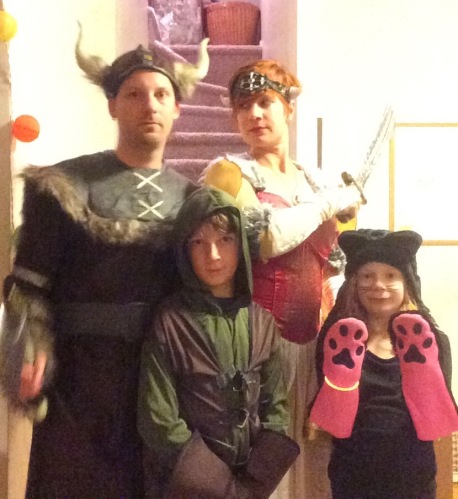 While we were out trick or treating we came to a house where there was a still figure sitting on the porch who began to move and make spooky noises as we approached. This kids stopped immediately. We told them that it was okay if they wanted to go up and trick or treat. They said they didn’t want to; they were scared. So we walked to the next house. After that Chris and I were talking about how great it is that they don’t feel obligated to do things they are scared of and feel fine saying so. I mean, I do want them to be able and willing to do scary things if they want to or need to, but otherwise, it’s good to recognize that something is uncomfortable and feel okay saying that and stopping whatever it is. Seems like an appropriate thing to talk about around Halloween.