The kids have been doing some chores.

They’ve been playing MineCraft and Gavin has been researching how to learn Java (programming language) so he can make mods for MineCraft.

Gavin worked on his book and Lilah began a comic book about two cats. 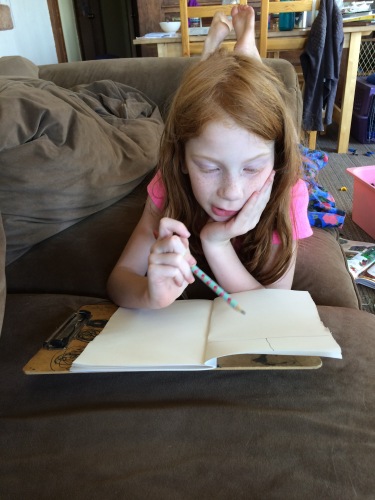 We biked to the park and then Gavin went home for the foam swords and they battled.

We drove down to a raspberry farm where you can pick your own berries and pay by the pound to meet with friends and pick raspberries. We ended up with lots of yummy berries and Lilah decided that she likes raspberries after trying them. We all agreed that they tasted much better than what we can find in the grocery store. 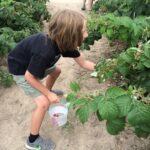 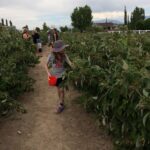 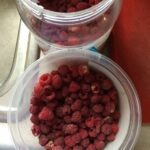 One afternoon we biked our furthest trip with the kids yet, out to a park with giant cat sculptures. 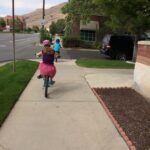 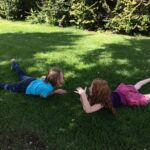 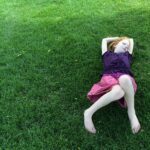 We played a round of Above and Below, Gavin’s new game.

The kids played No Stress Chess.

We tie dyed some more things, pillow cases, a dress for Lilah, t shirt for Gavin, some sheets for Chris and I and a tablecloth for picnics and camping! 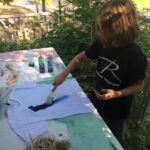 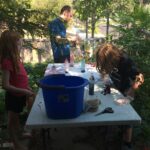 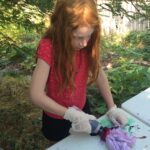 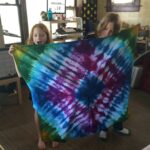 All four of went to a picnic at the park with our local unschooling group. There was baseball, soccer, a parachute, a playground, Pokemon Go, tree climbing, and so much more. 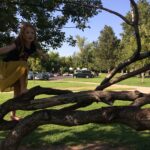 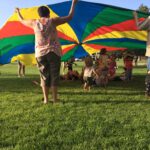 On my birthday evening we hiked up to Cecret Lake. The kids were interested in the wrongly spelled name. They climbed the rocks on the way up and we spotted a hawk eating its dinner about ten feet from the trail. At the top we spotted a bunch of salamanders in the lake and watched the sun set. It was beautiful. 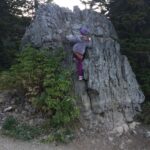 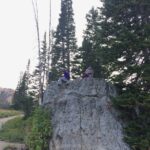 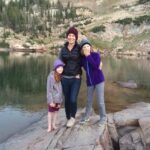 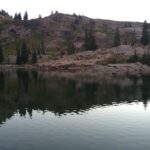 We went to a concert in a park and the kids danced and danced. I wish I had pictures but it was dark so I don’t.

We went on a walk up City Creek Canyon nearby. Lilah and I dipped our feet in the water. The kids tossed rocks and tried to splash across the stream. We saw a little snake swimming and then a bigger snake with something in its’ mouth. When we got closer we saw it was swallowing a fish! It moved it’s mouth and a minute later the fish was just a lump in it’s belly and it was off to do other things. 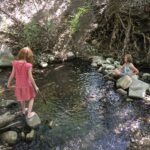 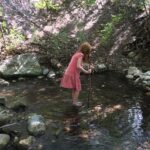 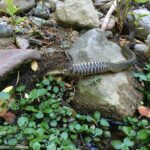 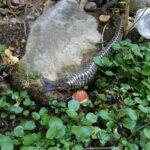 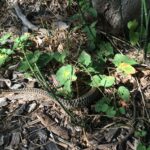 On the way down we spotted a coyote up on a hill. It spotted us too and we looked at each other for thirty seconds or so until it trotted off, over the crest and out of sight.

We went to a Renaissance Faire, got dressed up and saw a jousting session, armored fighting, horseback gymnastics and we even petted some goats and pigs. We are looking forward to going again next year. 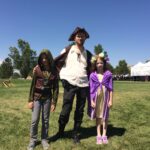 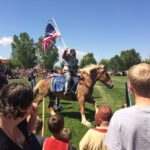 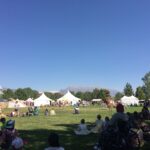 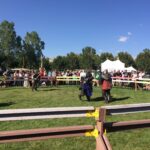 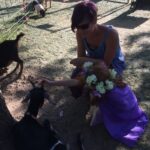 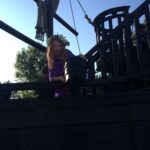 The kids have been reading a lot of Shel Silverstein poetry and many graphic novels. At bedtime Chris is reading Eragon and the Harry Potter series to them. Gavin has been doing research on Skylanders, a video game that he’s interested in both on the internet and by checking library books on the game out and has recently started doing many chores to save up to purchase some of them soon.

Today we went to the water park for a last visit of the summer and are getting ready to head to northern California to see grandparents and the beach this weekend. I can’t wait!