We’re between trips, trying to catch up with friends and relax between heading off out of state again.

We went to the Utah State Fair with friends. We saw bees and asked a bunch of questions about bees living in a big glass case. We saw butterflies, caterpillars and pupas of the monarch species. 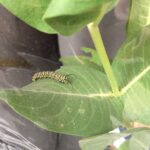 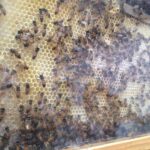 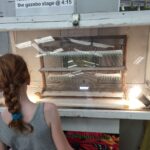 We saw calves, tiny piglets, chicks just hatched and very small goats and were able to pet some of them.

The kids went on rides after rides with friends, thoroughly enjoying themselves until we bowed out, happy and tired. 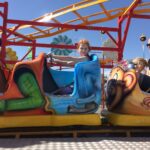 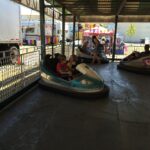 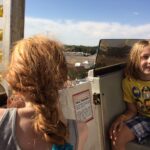 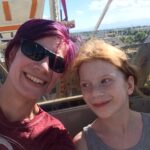 We hiked up to Cecret Lake again, to spot salamanders and to enjoy the mountainous beauty of Utah.

It’s such a calm place except when the pikas start calling out in their strange squeaky voices. This one ran right out between us to perch above us and watch us. 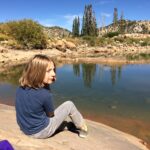 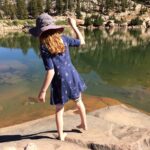 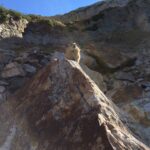 We went to the park with friends to bike and play and hear from a man who keeps bees in his living room. 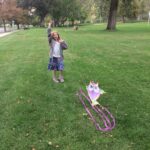 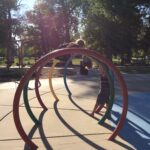 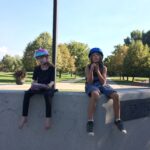 We drove up to the high mountain where it’s cool already to see lakes and smell pines. We were incredibly lucky that day… Lilah spotted a porcupine! We watched it clamber through wild raspberries and rocks to a hidden spot underneath several large boulders. She was so, so proud that she spotted the porcupine first! (I often am pointing out wildlife.) The kids started telling me about North American porcupines and African porcupines and how they differ. I think they learned about them on Wild Kratts, a favorite tv show of theirs. 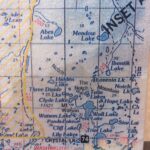 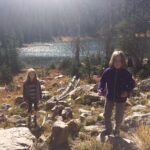 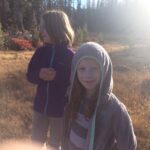 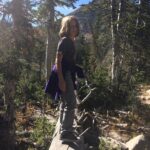 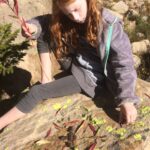 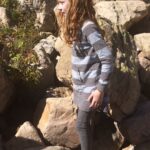 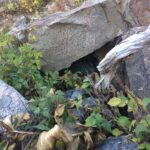 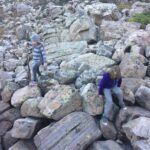 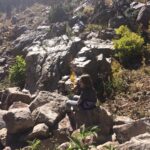 We continued on our hike, passing meadows filled with colored leaves.

We hiked further than the kids have gone before to new lakes and enjoyed discovering new places and coming up with our own names for some of the spots we found as well as referring to the map we had on my phone. 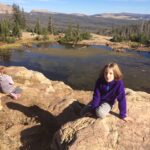 On the way down we passed the hiding spot of the porcupine and it was still there, so we quietly, slowly observed and then continued on.

At the bottom of the descent there’s a lake filled with pond lilies so we went to look for salamanders which were all over at our last visit but we didn’t spot any this time. Lilah was asking why they are in some lakes but not others in the same area so we talked about possible reasons. I suspect elevation and depth of the lakes make a difference. And then, as Lilah is looking at the lilies, I spotted a beaver, diving, eating lily roots, twenty feet away at the edge of the water. We watched for a while and then headed home, happy.

We played some games. Here’s Gavin playing Ghosts with me.

We visited the library.

We’ve been looking at new houses and thinking and dreaming about what we might find and how things might be the same or different in a different space. The kids are ready for their own rooms now and are very happily planning what their personal spaces will be like. After much looking and dreaming we fell in love with a house only a block away from where we are now. It has the yard, the deck and the privacy I’ve been dreaming of, the office Chris has been wishing for, the bedrooms the kids have been asking about and many more things to exclaim happily over. We made an offer and negotiated and are under contract for a house with an apple tree with hundreds of yummy apples to harvest. (Gavin has been asking for an apple tree in the yard for years now as it’s his favorite fruit.) We are even allowed to begin picking now!

We played at our nearby park.

We spotted a caterpillar in our garden and the next day it seemed to be getting ready to change form, hanging upside down.