Today we headed out on a ghost town adventure.

I did some research and picked a few closer ghost towns, packed water, snacks, lunch and we were off. We drove out first to Mercur, Utah. It was a mining town as many Utah towns were. When we got there though, it was gated off and there was no entry. Boo! We noticed some fencing up a hill a little way our side of the gated area so we walked up to check that out. We found lots of remnants of people spending time there, a nest in the fence, lots of exciting rocks and lots of deer bones. A little further up we saw a fresh deer leg, thigh chewed off the bone. I think the big cats must have taken the rest off to eat privately. Lilah was thrilled to find some purple glass and pottery shards scattered about. 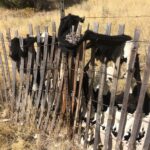 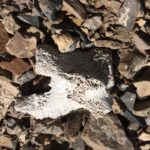 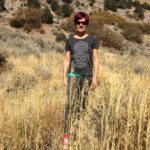 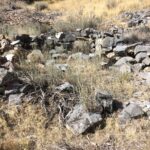 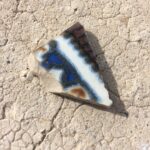 After that we headed down and found the Mercur cemetery. 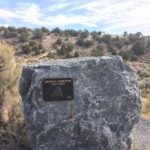 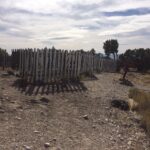 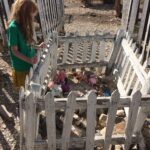 There were quite a few fenced gravesites and several that were just roughly indicated by rock borders. Most of the headstones were gone or in terrible shape.

Next we headed out to find West Dip, nearby. We had much better luck there but it has been used for dumping and graffiti and lots of shooting practice unfortunately. It was still fascinating and the kids were definitely interested in the trash as well as the old town remains but I was put off by hundreds of shell casings and food and drink refuse everywhere. My favorite part there was the sage brush growing on the roof of the building remnants. We saw a few lizards and some swarming crows but we saw no one else today aside on our explorations. The kids decided it would be hot and hard to live in a place like Mercur or West Dip. 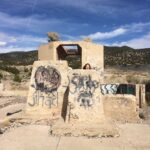 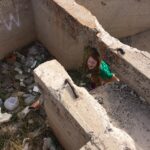 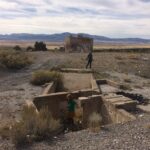 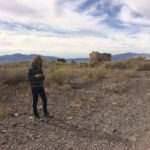 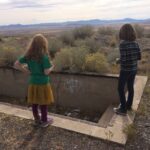 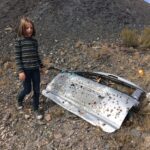 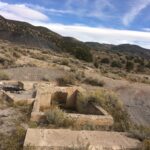 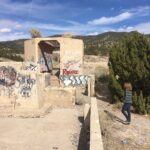 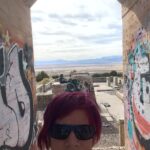 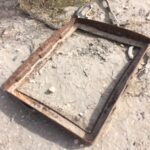 As we drove out we saw something off the road and stopped to check it out. It turned out to be a mine shaft, going down further than light would go in the afternoon. The kids were fascinated and we crawled out on the (very solid) grate to get a good look. 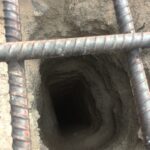 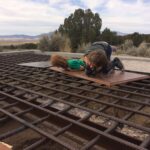 Then we headed toward Utah Lake to find Mosida, another ghost town. When we got there it was gone. Nothing left at all. They are farming and building condos there. It was disappointing but did teach us that ghost towns are few, precious and fleeting and that we need to find more updated resources before driving hours to find nothing left. I did manage to find a great site and I think I’ll be cross checking any other info with that from now on.

I can’t wait to head out again, but the kids want to go rockhounding and ghost town adventuring in one go, so that will be our next challenge. I’ve heard Topaz Mountain/and Topaz Internment Camp (where Japanese were taken during World War II) are still a great place to explore…