We flew to Nashville for a bit of fun and a bit of work that was fun. None of us had been to Tennessee before. Chris went to a conference and spent some time with colleagues and co-workers while the kids and I explored and then we all explored a bit together too. It was Lilah’s first time on a plane and Gavin’s first in a looong time so they were a bit nervous but did just fine. The waiting in the airport and on the plane was the hardest part. Lilah watched that Trolls movie that I really don’t want to see (so now I don’t have to!) and Gavin watched part of Fantastic Beasts and Where to Find them and part of Doctor Strange on the flights.

We went to the zoo. Lilah loved seeing the red pandas and the clouded leopards. Those red pandas are so fluffy and cute. Gavin liked the snowy owl and the goats which were pretty entertaining characters. I liked seeing their huge collection of frogs, especially tree frogs of all different kinds, colors and sizes and I liked the lorikeets who came to perch on people if they felt friendly enough. Gavin enjoyed the lorikeets and Lilah enjoyed them on other people, but after one landed on her head and left again, she pulled her jacket over her head to keep them away. 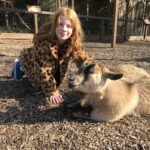 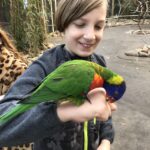 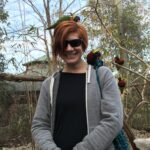 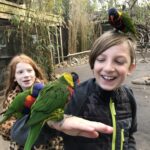 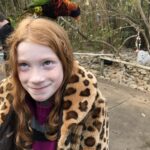 We headed out on a forested trail a few miles out of the city by a lake and enjoyed some exercise (me walking, kids jumping from log to log and then climbing along the fence) and spotting some turtles and a blue heron. The kids were interested to see there are many kinds of trees, plants and animals we have in Utah, but also some that we don’t. 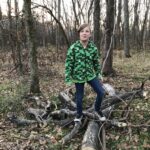 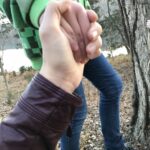 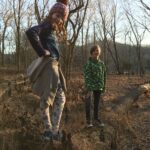 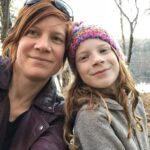 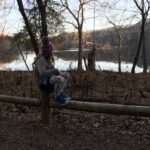 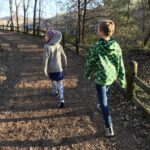 The Adventure Science Center was packed with fun and interesting things to do. Lilah and I loved playing with the magnetic sand and liquid inside of other liquid with strong magnets. There was a space exhibit area and a train and lots of games and fun things to try. Chris and Gavin tried the space challenge and the kids went on a moon walk simulator several times. Chris was really disappointed that the computer with the program to show how you might look in the future at various ages didn’t work for him. The tinkering lab was fun too. Gavin made a car and subsequent ramp to test it on and Lilah made… you guessed it… a cat. 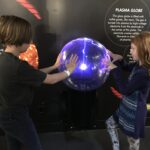 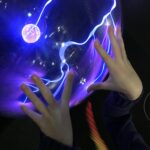 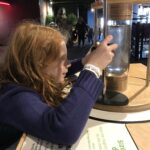 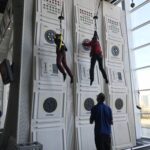 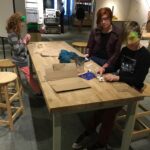 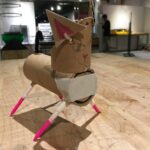 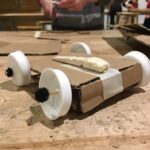 We all visited the Johnny Cash Museum and some nearby parks. 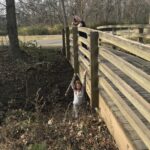 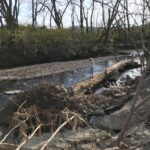 We also played games and read at the place we stayed. Here’s a drawing Lilah and I made one evening. We each add something and then pass it to the other person who adds something and so on. It still makes me laugh.

I wish we had been able to do some swimming and boating but those warm weather activities weren’t available in December.

Chris and I got together with many of his coworkers from North America plus several from other areas who were in town for WordCamp for dinner one evening. It was really fun to meet people he works with and get to know some of them a bit as they are all spread across the world and so I haven’t had the chance before. I am always impressed by what I hear and see of Human Made’s ideas and people and so glad Chris is part of it.

We went to the Frist Art Institute and enjoyed seeing an exhibition by Nick Cave that was absolutely amazing and the kids quite enjoyed looking at it as well. There was also a hands on art room for kids (and big kids) to create some of their own things so we spent an hour there as well, making prints, doing fractal art on the computer and various other things. One of my favorites in the Nick Cave exhibit was this room with a room of painted bamboo curtains that appeared to change as you moved and that was so many different things and also, nothing specific. Fascinating! 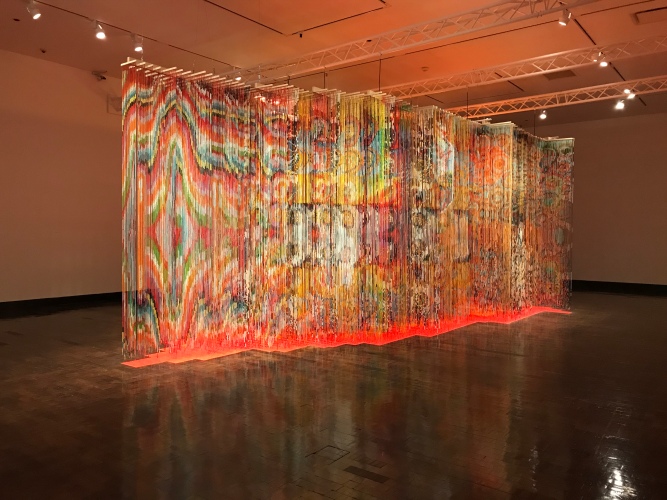 We visited the replica of the parthenon they have and it was impressive but also not very fun for longer than a few minutes. There were some huge trees and some fun swings to try nearby though. 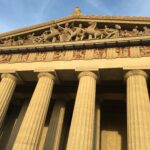 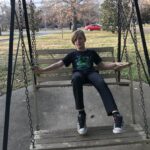 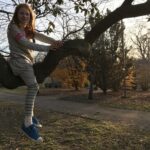 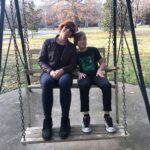 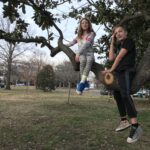 It was another good adventure.