Lilah’s been playing her ukelele.

Gavin’s been doing chores to earn money for Lego. Here he is cutting down and getting our old bamboo ready to put into the yard waste bin.

Lilah built a dinosaur out of Lego. It’s pose-able and can open and shut it’s terrifying plastic jaws.

The kids worked hard on their “MineCraft Live” game, creating rules, world, background and very detailed characters, drawn in the square form of MineCraft. Can you tell which is Lilah and which is Gavin? Lilah’s character has red hair (like her) and cat ears and tail (which she often does too) and Gavin’s character has special armor (which he loves designing and researching) and long hair one one side (like his). 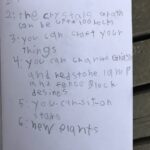 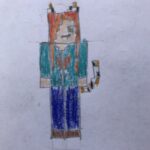 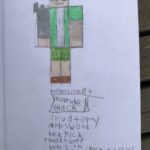 We went to a farm to see baby animals and ended up watching a goat give birth to three babies as well as feeding goats and calves and Lilah was patient enough to hold still with feed in her hand for a good two minutes until some chicks were brave enough to eat from her palm. The kids also got to bounce and go down a huge slide with friends. 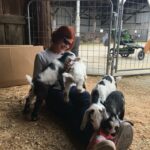 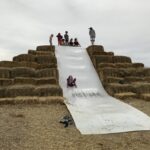 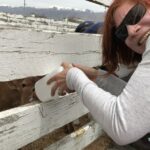 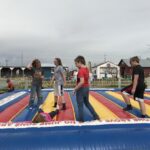 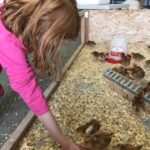 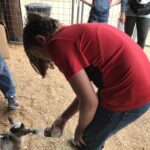 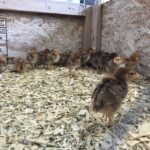 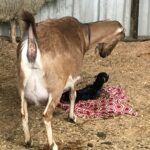 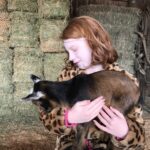 The fruit trees are blooming and it’s alternately 70 degrees and sunny and then snowing. Ah, spring in Utah is so variable!

We celebrated my mom’s birthday with a scavenger hunt in teams because my mom is amazing & therefore has amazing birthday wishes. Lilah and I were a team and we sent lots of silly pictures of our hunt to my mom. 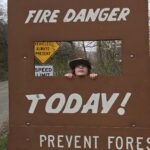 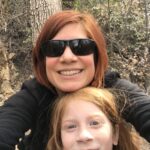 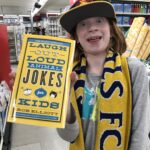 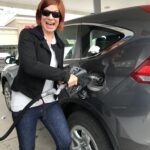 The kids pulled out the Ed Emberly drawing book and spent hours putting pieces together into fun scenes.

Gavin made some hash browns from scratch. We were out of pancakes and he did not want cereal.

We went cross country skiing for a second time. It was still very hard, very fun and very expensive. We will definitely go again lots next season but in the mean time I will be trying to figure out if we can find some used equipment to buy so we can save some money on rental fees. 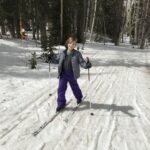 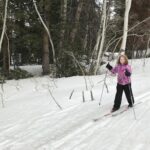 Gavin did some crystal growing. 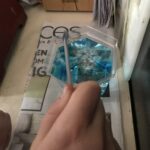 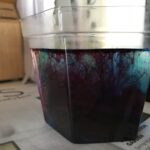 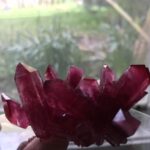 We took a hike up to one of our favorite spots and saw glacier lilies! 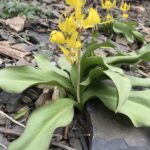 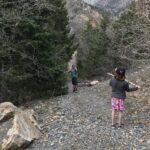 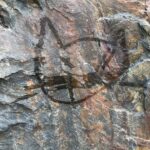 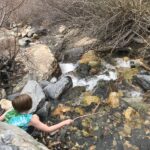 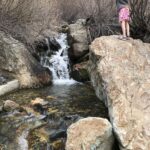 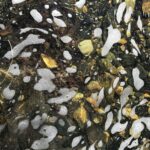 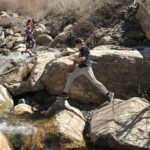 Lilah did some circular weaving. 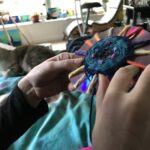 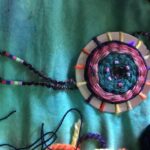