We’ve headed out to the desert to look for more ghost towns several times lately. We got lucky and found a spot by chance that’s too small to have a recognized name.

This is Lilah eating lunch before our exploration. 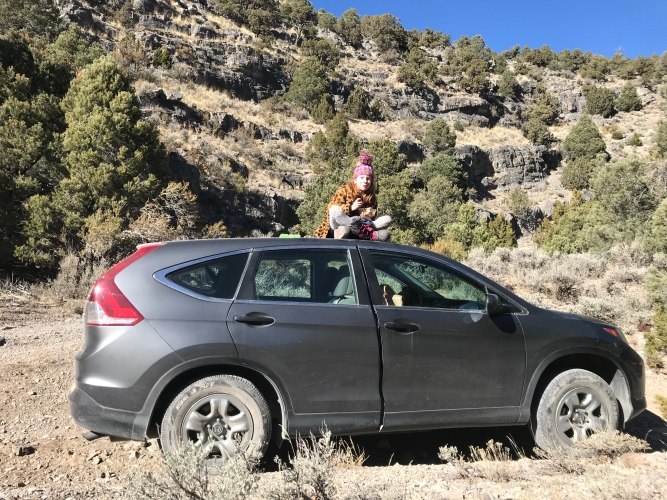 On another trip, we walked up to this larger named town remains. Both were mining towns, as are most ghost towns in this part of the country. 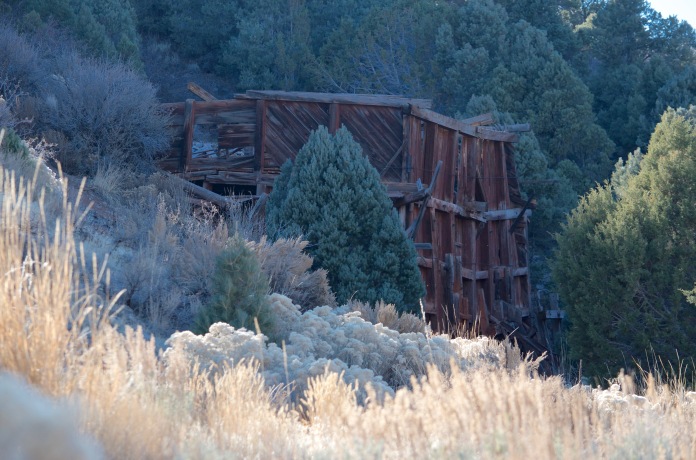 There was an old car that the kids enjoyed looking at. Strangely, we think we found a door to the car a half mile away from the rest of it. Hmmmm.

There was a head house still standing.

Lilah and I found lots of odds and ends. 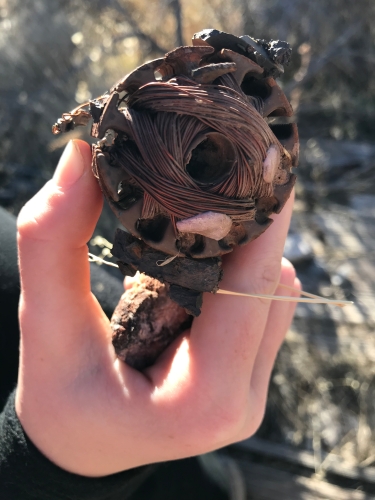 There were many collapsed structures too.

We enjoyed this rusted cylinder, tipped on its’ side.

We walked up to the mine sites and looked at rocks and explored more remains.

We noticed these really neat frost crystal formations along our way, grown to huge proportions by hiding in the shade for days or weeks.

And these plants with super soft seeds were interesting. 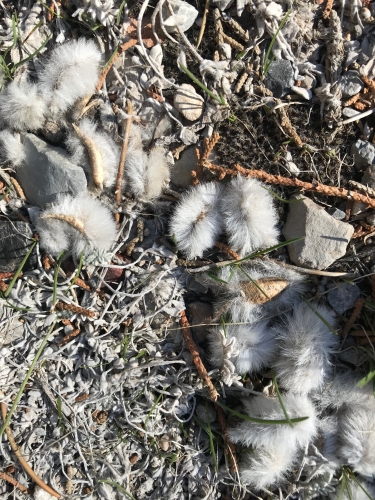 We found some pinecones that were weathered in different amounts. Some looked almost feathery. Some still had pine nuts nestled inside, but were mostly rotted. We hope to go on a pine nut forage at some point.