We celebrated the Indian holiday Holi with friends in the middle of the week at a park and then again this weekend at the Hindu temple nearby with thousands of people. Both were so much fun!

In preparation for the day with friends we tried making our own color powder and while it was interesting is was so time consuming I don’t know that we’ll try it again. It took hours to dry and then it wasn’t as colorful as we had hoped. Traditionally during Holi, a spring holiday, you throw colored powder at friends and family until everyone is very brightly colored. When you throw color at someone, it is seen as an act of love and blessing. It also symbolizes a victory of good over evil. The kids loved running around and getting messy and coloring each other. 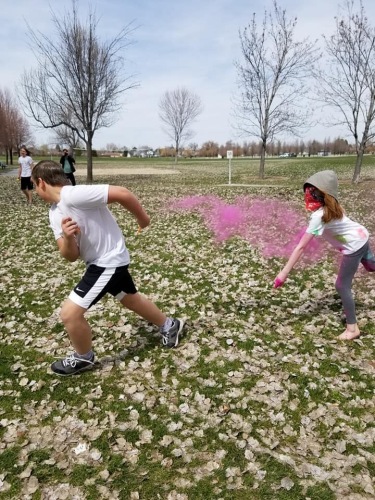 Before the color throwing, the kids roamed the park, climbing trees and fighting with foam swords Gavin brought.

Gavin also got out his Magic The Gathering board game and happily played that with his friends for an hour or so. 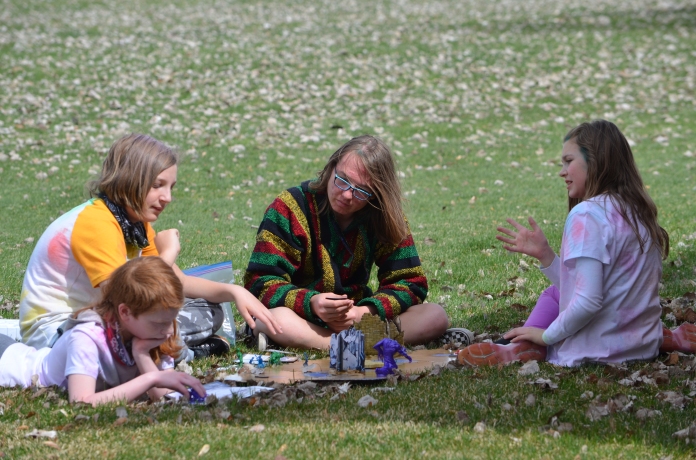 There were a couple of huge hawks building nest right above us and we watched them fly overhead and bring sticks back to finish off their huge nest. 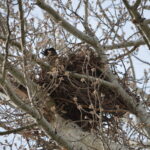 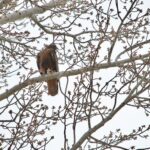 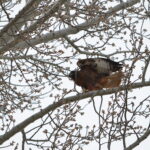 We also tried some Indian dessert recipes at home and made laddoo with chickpea flour, grain halwa with oat flour and carrot halwa. They were all quite delicious!

At the big temple, they had yummy Indian food to eat and music and dancing and a huge color throw on the hour each hour where so many people throw simultaneously that it creates a rainbow cloud for a few seconds. We try to go every year because we enjoy it so much. Lilah was thrilled that her favorite dessert, the halwa, was mango flavored this year! 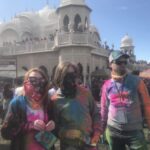 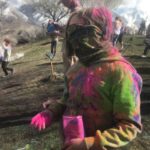 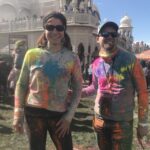 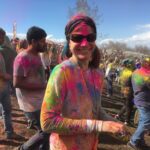 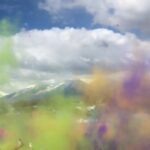