We’ve been struggling with the new corona virus situation. We are incredibly lucky so far, as Chris’ job seems mostly stable and they are working hard to keep it that way, we have a lovely yard we can go out in and enjoy, one of us has time to be with our children instead of working at the same time, we have health insurance, we are in a state where there is easy access to the outdoors far from other people. We have so much to be grateful for! But it’s also been hard. I’ve been worrying about my parents, other family and friends who would likely have a hard time if they contract covid19. We have had to cancel so many fun things we were looking forward to: vacations, spring celebrations, birthday parties, coffee dates, etc. We cannot safely see our friends and for the time being are trying to stay away from my parents to keep them safer. It’s made us feel sad and angry and worried and disappointed and just depressed. The kids are having a really hard time not seeing their friends. We try to get them together online when we can so they can play and chat. That helps a bit. Here’s some of what we’ve been doing with our time.

We’ve been reading a lot. Lilah is rereading a favorite called Nimona and Gavin is reading Flamecaster. I’m rereading The Glass Sentence series.

We’ve been playing board games and gardening. We tried a new game called Ravine which is cooperative and as a group you try to survive after a plane crash by using survival skills. It’s really fun and not too long so we played it four times on afternoon. We set up our badminton net in the yard and have been enjoying that when it isn’t raining.

Lilah made a window star and we delivered it to my parents to brighten their view.

Lilah’s been working on a unicorn hand puppet, sewing it together bit by bit.

Gavin’s been working on his D&D project he’s hoping to run in the near future and working on 3D printing designs.

We are trying to figure out how to run our interrupted D&D game online and get the kids together virtually for that next week.

We had an early egg hunt in the house.

We planted carrots, beets, swiss chard, lettuce and artichoke seeds. I have some radish seeds on their way.

We’ve been going out to remote nature locations to hike, explore, and adventure far from other people. We bring food, toilet paper, gas so we don’t have to stop anywhere except our destination.

We hiked up a ravine at the canyon one of our nature classes usually meets at and explored there and visited our sit spots. 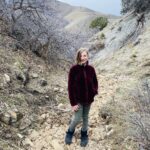 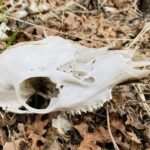 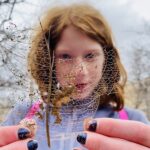 We went to an old ghost mining location called Silver City and admired all the old building remains and knickknacks scattered in the area. Gavin even found what’s called scrip, which is mining currency tokens, only good at the company store. This one doesn’t list any denomination though it says PAY DAY on it. 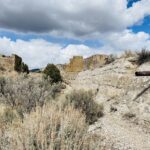 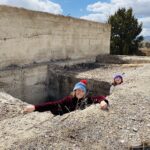 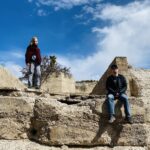 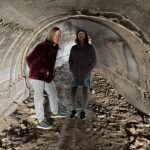 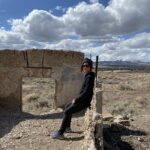 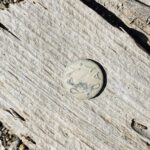 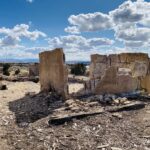 We headed further out to an area called Devil’s Playground where the rock formations are amazing. There are lots of hollow boulders and bubbled rocks to explore. There were even a few very short slot canyons between huge boulders. We saw many deer in the area and some antelope on the drive. 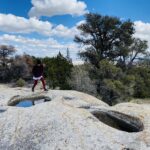 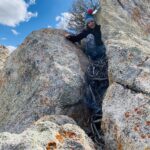 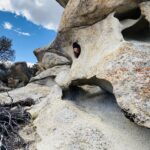 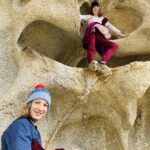 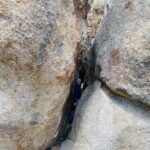 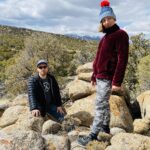 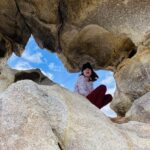 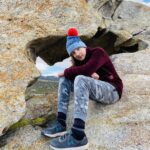 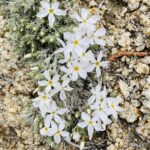 There’s a lot of beauty and good all around to be spotted, if I’m looking.