The kids watched the storm outside this morning, with lots of lightning and thunder.

After breakfast they played with tangram blocks. They are some of my favorite things to while away a morning with. 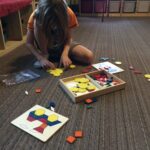 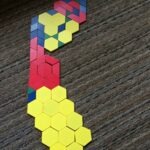 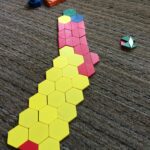 They thought it was silly and they played with what I’d made, making the mouth open and giving it a tongue.

The car tracks were brought out and built.

We had a three-way game of Magic the Gathering. 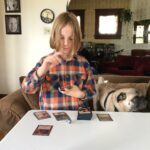 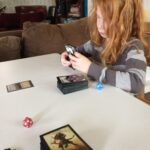 Someone unearthed an old fortune teller, so then we worked at making some new origami fortune tellers with new fortunes. “You get a diamond.” “You get a gem.” “You get to go to work.”  (Notice the positive language there?!)  “You find a gigantic seed.” “You have to wear your pajamas all day.”  It was fun to see what they came up with! 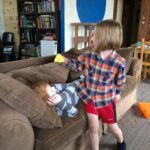 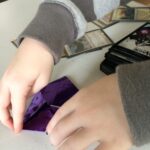 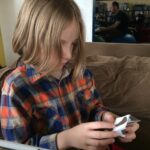 After lunch we headed to the planetarium where we played with perpetual motion displays, played with their huge new infrared monitor, looked at cloud forming, played with static electricity and a display showing how magnetism effects orbits. 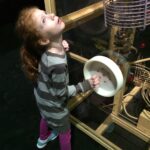 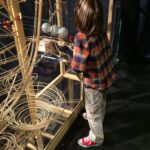 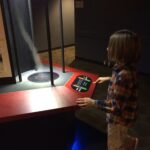 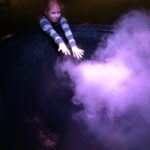 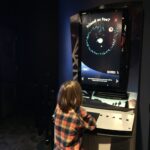 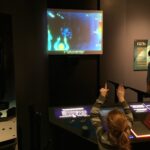 We came home and watched a fascinating video of bowling balls moving in phase.

There was computer play.  And then gymnastics for Lilah and I and Civilization for Gavin and Dad.

After dinner we read a handful of Gwendolyn Brooks poems.

you did not know you were Afrika

When I told you, meeting you somewhere close
to the heat and youth of the road,
liking my loyalty, liking belief,
you smiled and you thanked me but very little believed me.