There was computer play and Strawberry Shortcake watching.

Gavin rebuilt his Lego game, with new pieces and new directions.  They played with that after he was done setting it up.

Then we began painting the costume again!  Gavin and Lilah set to work painting the entire torso piece blue while I put some more brown on the hair and painted the mask/bandana blue.  We cut and glued some black mesh behind the holes for Gavin to see out of and then painted blue over the exposed bits. 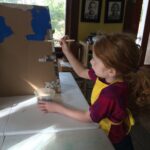 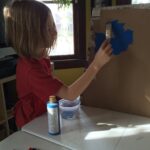 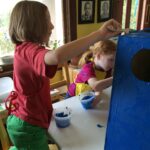 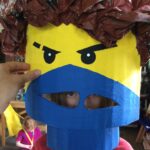 We admired a tomatillo husk from the garden that has weathered and is now just the fibrous bits, like a ball of lace.  It made a beautiful shadow in the autumn sunlight.

Soon the torso piece was ready for us to draw the details on in pencil and begin painting them.

I painted the white, black and dark blue and the kids worked on the gold. 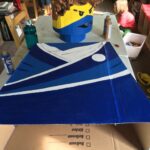 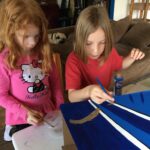 While we were waiting for those to dry we went to the park.

Gavin rode his bike and Lilah and I walked.  We brought some hotwheels to race around. 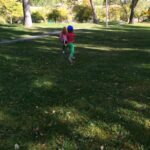 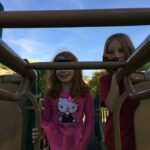 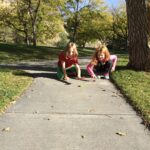 There was monkey bar crossing and hanging upside down. 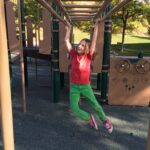 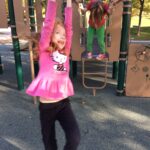 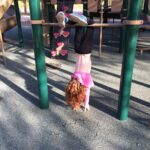 We looked at how objects make crisp, clear shadows down low to the ground but vague, soft-edged shadows up higher. 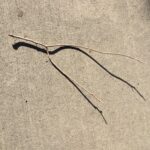 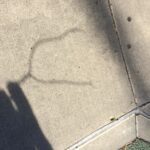 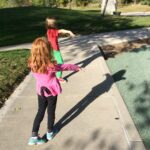 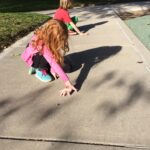 When we got home it was time to put the finishing touches on the costume.  We added the second coat of gold because it was not very opaque the first time and then I painted the lightning on and did various other touch-ups.  Gavin tried it on and it looks great!  He’s very excited!  I am very happy it’s ready to go! 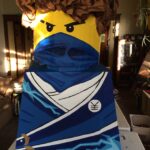 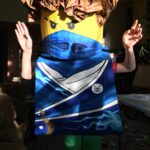 Lilah put on her skates and played tag with Gavin around the house until dinner was ready.