Lilah rediscovered a Winnie the Pooh lamp that I had in my room when I was a kid and was looking at how it’s put together this morning.

After some lego play and pop bead story telling, the kids and I spent a lot of time playing Ingress.

It’s a brand new game to us, where you walk and capture portals which are located in specific places so you have to move to them in the real world.  We did a mission which was walking along the trail to Ensign Peak.  It was fun and good to be out, even though it was chilly, especially up on the very top of Ensign Peak! 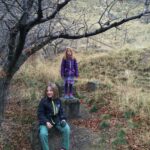 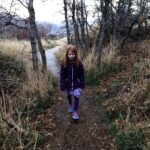 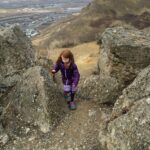 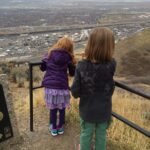 We enjoyed seeing the city from way up high and reading about early settlers in the valley.  Unfortunately you can’t see our house from the top because we’re right below a hill that juts above but we spotted the University and the temple and the Capitol building.

At home, we played Hedbanz, a game where you have to guess what you are without asking “What am I”?  Instead you ask things like, “Am I an animal”?  “What letter do I start with”?  We laughed quite a bit.  The kids got better at their question strategies. Gavin’s first card to figure out was purse and Lilah’s was key. 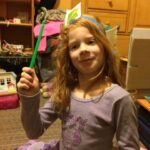 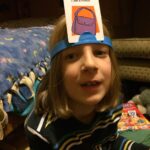 We read some more of Julie of the Wolves by Jean Craighead George.  Gavin is enjoying that and Lilah is getting bits and pieces here and there.  They are both intrigued by the idea of communicating with animals, as I am.  They have been talking about that idea together more since we’ve been reading this, though they both have always loved animals.

We did some more rhyming with Hickory Dickory Dock.

After we’d spent much of our energy walking around, we watched a documentary called CaveDigger by Jeffrey Karoff about Ra Paulette’s life digging and carving caves solo in New Mexico.

It was fascinating, though some of the interpersonal dynamics included weren’t as interesting as the story of how and why he digs.  The website for the film is: http://cavediggerdocumentary.com/index.html.

Later on we adventured up to the Capitol grounds with Dad for a bit more Ingress. 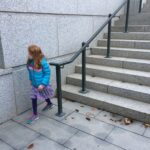 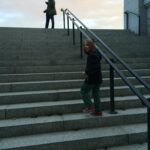 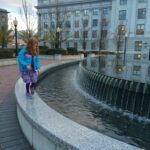 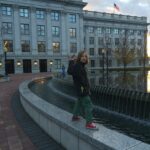