We visited the International Peace Gardens today, wandered around, admiring architecture, the Jordan river, bridges, monuments and playing some more Ingress while we were there. 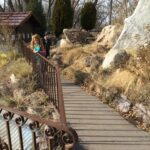 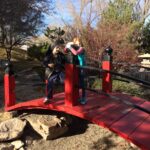 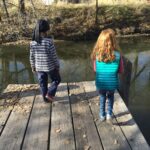 The kids did a lot of running and were story telling as they explored, imagining themselves as Nausicaa from Miyazaki’s Nausicaa and Kai from the Ninjago series.  It’s been good to get outside more, especially in the sunshine.

Gavin and I played Chess and this time he captured the first piece. I probably was more excited about that than he was!

We had lunch and then headed to the Museum of Natural Curiosity for climbing, running, zip-lining, spinning and more zip-lining. 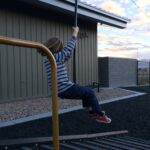 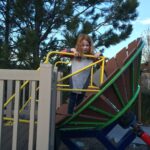 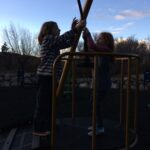 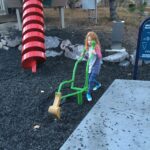 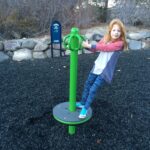 The moon was coming up as we were leaving; a few drops shy of full.  It was beautiful, even with fences and parking lots in view.

After dinner we listened to some more Ella Fitzgerald, Louis Armstrong collaborations and then headed out for some more holiday light seeing and Ingress playing.  We still haven’t made it to the candy window displays at Macy’s used to be ZCMI.  Maybe tomorrow…