I’m skipping blogging about some days here and there due to holiday bustle but today was a little bit quieter than it has been.

The kids played on the computer and built lego settings for their story telling.

After breakfast they helped fold clothes, pick up and vacuum to get the house ready for friends later. 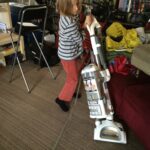 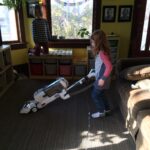 Gavin pulled out his lego Hero Factory pieces and built some new “guys”.  One of them was named Huge Foot.

Lilah asked me to read The Wolves in the Walls by Neil Gaiman to her.

We took a trip to pick up a gift that we hadn’t already brought home and admired the fountains at the City Creek Center while we did.

The kids worked on some math sheets.  Gavin has forgotten many of his memorized math facts.  I’m not sure how I feel about that.  I think we’ll practice a bit here and there if he is willing.  The concepts he’s picked up, though, those are still there.  He did some reading from Where On Earth (his kids atlas) to me.  He still tends to skip words and tumble over himself because his brain reads faster than his mouth. At least that’s my guess. 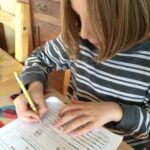 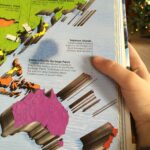 Mid afternoon Lilah and I picked up her friend from school and they started playing with the Hero Factory constructs as soon as we arrived home.  As their chosen characters, they visited the center of Egypt.  They talked loudly and quietly.  They climbed the biggest tree in the world (also known as our holiday tree).

After Lilah’s friend left, it was time for dinner, a quick walk around the neighborhood and then reading some more of Julie of the Wolves, which is still starring in their storytelling play in concepts and setting.