Enjoying the park and the sun.  Spinning is such fun.

Harry Potter – listening to the books in the car, making it their own with their legos, trains, etc., watching part of the 6th movie.

Visiting the Museum of Natural Curiosity, exploring the maze, pushing building posts into the ground, spinning. 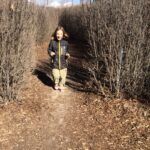 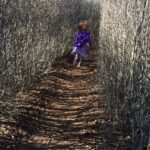 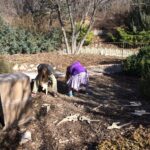 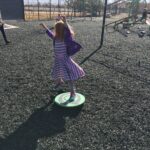 Dressing up and acting in winter scenes.  You can see what they are doing in the room and then how they are projected onto the film clip on the screen.  They also spent a lot of time making stop motion animation films with astronauts and octopi.  The animation room is a favorite. 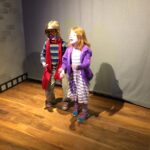 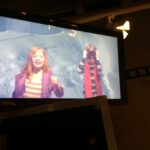 Admiring the city at night from the sky bridge downtown. 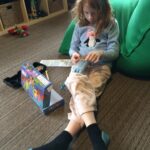 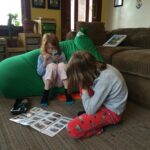 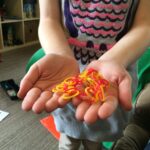 Trying out some chinese jump ropes.

Writing a letter. (It was an excruciating proposition, but after empathizing and cuddling, the process and result were alright.  I’ll take it.)

Planting seeds inside and making labels.  “How do you spell cucumber?”

Reading Dr. Seuss in an impromptu read-a-thon.  (It was snowing huge flakes and I mentioned oobleck.  A few minutes later, Lilah had located Bartholomew and the Oobleck.  Then Gavin pulled out a few other Dr. Suess books.)

Working on cards for Grandpa. 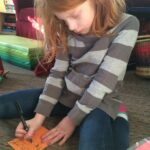 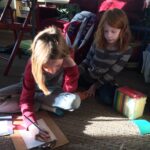