Up to Red Butte Garden. 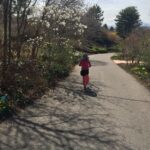 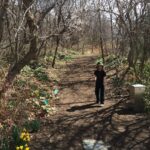 Lilah took along a pen and notepad and drew some observations and fascinations. 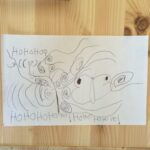 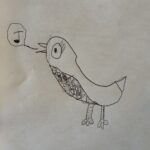 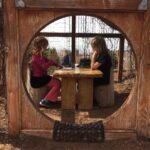 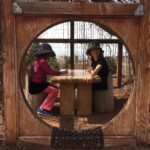 Off to Kingsbury Hall to take in American Tall Tales by the youth theatre group.  It was a fun performance and we sat on the second level for the first time, which the kids were excited about.  My favorite part was that they included part of Sally Ann Thunder Ann Whirlwind Crockett, a tall tale we’ve read many times in Steven Kellogg’s book, where a little girl is more powerful than all her brothers and sets off to find challenges in the wild. 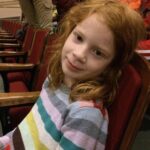 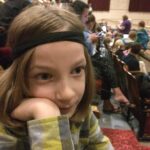 A haircut for Gavin. “When it’s long it bothers me during soccer.”

Over to the Leonardo museum with friends, playing with electricity, motion, giant blocks, goo, and a green screen. 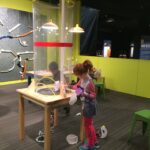 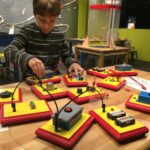 Biking to the park.

We pulled out our pvc pipes that we used once upon a time to build a Magic Treehouse fort for Gavin’s birthday party years ago.  They’ve been asking about fort building and this was perfect for some building fun. 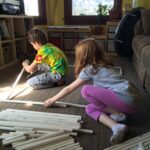 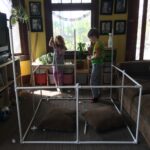 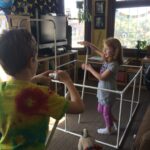 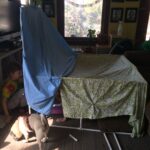 On a hike we’ve never tried before. 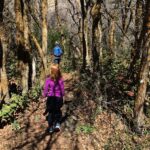 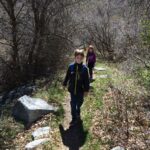 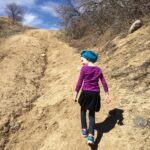 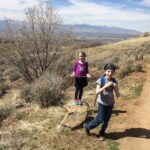 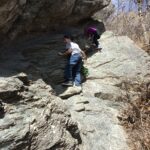 To the botanical center.

Digging rows and planting carrots.  Finding the first roly poly of the year. 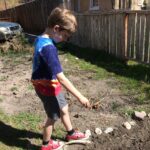 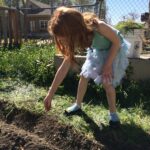 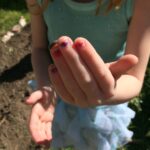 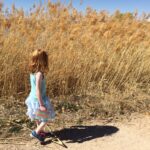 In between we cuddled and cried and snuggled and built and played Pandemic and practiced gymnastics and finished Island of the Blue Dolphins and began Little House in the Big Woods by Laura Ingalls Wilder and listened to Harry Potter and picked flowers and played with modeling clay and ate huge sticks of celery like bunnies.