We took a little over a week to explore part of Florida.

It’s cold at home and much warmer there which was a nice reprieve. The kids had never been to Florida and Chris was traveling to Sri Lanka for a work retreat. It is so incredibly hard to be left behind when he travels internationally because I love traveling and have always wanted to travel more of the world and have had not any opportunity to do so in twenty years. It’s also hard because I also become a single parent for that time and have to be on duty 24/7 with all the needs of the kids and household. I’m lucky to be in a relationship where we are partners and do our best to share the load for most things so it’s a big deal when he’s away. And to be completely open, being a “stay at home mom” is hard. So hard! I love it and want to do it and am so lucky to be able to choose to but there is no validation, respect, appreciation, recognition for all the things you do, or all the progress you make or the things you really try hard at or excel at. It feels so lonely and so unseen and so endless. There’s no time off or work hours or bonuses or kudos. I miss when I had people who “saw” what I did and how well (or not) I did it. There’s a tiny bit of that from other moms and friends, family and my partner but it’s simply not the same. And our culture has no other value system for accomplishments, time spent, effort that what is there in school or work. Anyway, that’s a whole other post about my personal experience with the isolation of being a full time parent and home educator, how difficult it is and how I struggle and make do.

So, to keep myself from going mad, we went to Florida while Chris was away. He made it easier on me by getting us a great place to stay and flying out with us to get us settled in. We stayed in Cape Coral which we learned is the burrowing owl capitol of the world! Whoa! Gavin’s face lit up when I told him that. We looked around but had no luck but it so happened the Burrowing Owl festival was going on while we were there. Of course we had to go. The festival itself was fun, sort of like a fair. They had some rescued owls of different types and a butterfly pavilion.

Here are some pictures Gavin took of the owls at the festival: 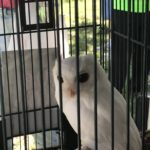 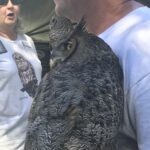 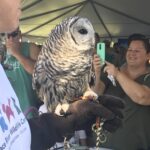 But they also had a bus tour to see burrowing owls! We signed up and went with twenty other much older folks to see owls. We learned that in Cape Coral, they mark burrows. So, just like that, our owl spotting opened up! We stopped at several burrows and some were occupied, some weren’t and some the owls were inside and not visible as it was warm and the middle of the day. We learned that CC owls are the only ones who dig their burrows as the sand is soft enough there. In other places they use other animals’ old burrows. They were pretty cute little owls! There was usually one out guarding the entry to the burrow though at one burrow we saw both. After our tour we took our own tours and found many owls including a pair only two houses down from where we were staying! Wow! They are nearly invisible so without some serious location help or the markers they put around each we likely never would have spotted any even though there were thousands of active owl burrows in Cape Coral. 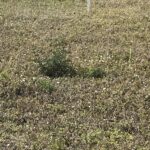 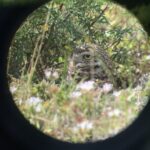 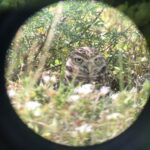 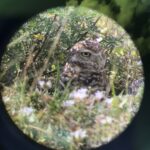 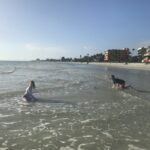 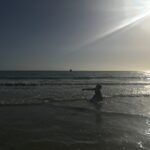 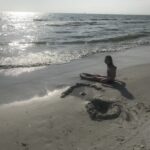 Sanibel Island was beautiful and there were lots of shells to discover but it was quite crowded and hard to find parking.

Lovers Key was amazingly gorgeous though we got attacked by tiny biting insects at dusk. If you go, do not stay till dusk and do not stop at the washing station! We spotted osprey nests and enjoyed the beautiful white sand and turquoise water. Here’s our picnic spot:

And here some shots from the beach: 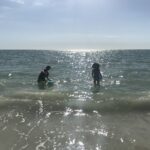 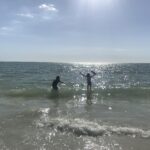 We headed to the Everglades twice. Once we walked and once we biked the paths. There were so many birds and fish and turtles and alligators! We saw tiny baby alligators hanging around their moms and big ones submerged so they looked like rocks in the canals and big ones sunning themselves on the side of the path. We saw blue herons and white herons and night herons and ibis and spoonbills and wood storks and anhingas and hawks and tiny diving herons. We spotted a pair of nesting anhingas with babies. It was beautiful. The kids loved biking there and it was fun to yell, “Stop, there’s an alligator!” 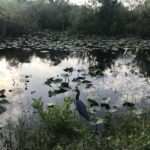 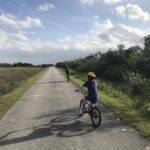 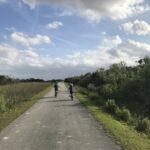 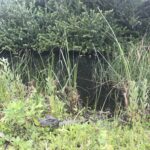 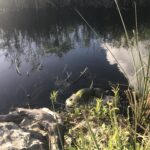 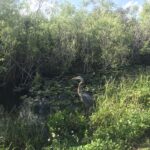 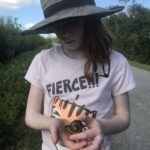 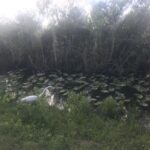 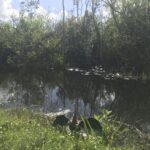 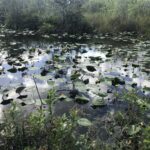 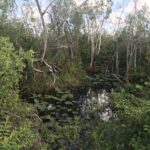 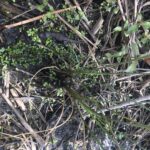 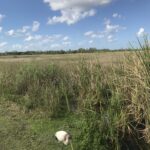 We headed to Manasota Key to look for sharks teeth. We found so many! It was really fun figuring out how and where to look for them and then picking them up. We found tiny ones and pretty good sized ones and some were black, some were golden brown and black and some were almost bluish or orangish tinted in places. It was also an excellent place for shelling! Lilah loved looking at the shells for treasures. Gavin spent several hours looking for all the butterfly clam shells he could find in different colors. He theorized that they are different colors in different places. We even spotted some butterfly clams alive in the sand and we watched them bury themselves back up after getting washed off by the waves. 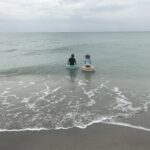 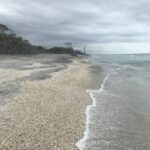 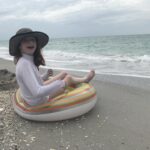 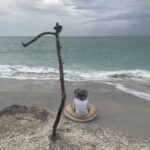 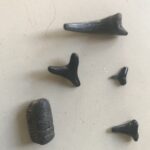 And hunting for sharks teeth:

We admired the patterns of the coral on this big hunk:

Here’s some of our haul of treasures from the beaches:

Lilah learned the names of a bunch of shells we’d never encountered before.

We passed a bunch of mini golf places while driving so that was on Gavin’s wish list. He chose a pirate themed place and we went there one afternoon and enjoyed the course. They had an old smugglers ship turned into a hole which was pretty neat. They even had alligators we could feed. So, of course we did! We put the kibble between pins on a fishing pole and lowered it down and the alligators caught it and ate it. It was fascinating to watch. They looked like they didn’t even notice but then suddenly would jump and catch the food. They hung onto the end of the string for a while after catching the food too. I wondered how many golf balls they’ve eaten. No pictures were taken of the feeding because there was too much fencing in the way to get a decent shot.

I did a lot of yoga to stretch, strengthen and relax my body and mind. It helped ease my intense feelings a bit and felt good.

There were lots of little lizards living by our place, running up the trees and in the trash cans and on the windows. They were fun to watch. One evening we spotted a bunny grazing at the side of our place in the evening. The kids enjoyed watching it munching and then bounding away.

It was really fun to be in very different climates and biomes than we usually enjoy at home. It was fun for me to remember trips to Florida to visit my grandparents a long time ago.

While driving around lately we’ve listened to Hellen Keller’s autobiography: The Story Of My Life,  Changeling by Molly Harper, The Hazelwood by Melissa Albert. Now we are listening again to Children of Blood and Bone  by Tomi Adeyemi in preparation for the second book coming soon.

Lilah is already talking about our next trip to Florida! I’m not sure we’ll go again soon as there are so many other places to explore but it was a good week.