There was more perler bead making, this time they began making pieces to be made into a garland later.

I printed out a few math worksheets for both kids and left them on the table, telling them they could work on them if they wanted to, if it sounded fun.  They both did some during lunch time and then Gavin helped Lilah with hers a bit later on as well.  She would be in first grade this year but is more at a second grade level in math and it makes me happy to be able to meet her where she is with material and interests.

We went roller skating at the other place with the slippery floor and ramps! 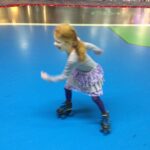 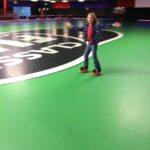 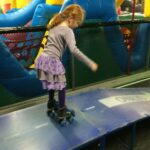 When we got home it was time to pick Gavin’s friend up for play time.  They played Connect 4, Chess, The Hobbit lego game, and they built a marble maze. 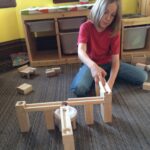 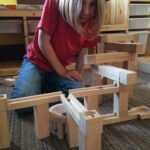 Gavin was thrilled to see his friend who was over today as it’s been a while since they last played and they have been friends since they were five.  It’s always great to get the two together as they have a long history of fun.