Gavin watched Pokemon and played on coolmathgames.com this morning.  When Lilah got up she played a game on cool math games and Gavin helped her.

We went to the library to return some books and find new ones to borrow.  They each picked a few and I picked a few and they sat down to read while I finished.  Then we stopped to pick up a few things at the grocery store before coming home. 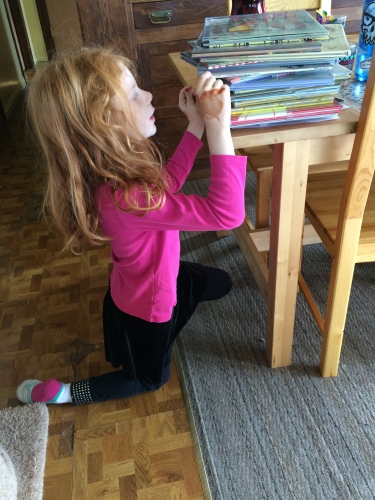 I read some more of Matilda to the kids while Lilah cuddled with me and Gavin built with legos.

Lilah and I played several games of Rat-A-Tat-Cat and she won every time including one time when she managed to get only zeros (the best possible card)!  Gavin read some magazines while she and I played. 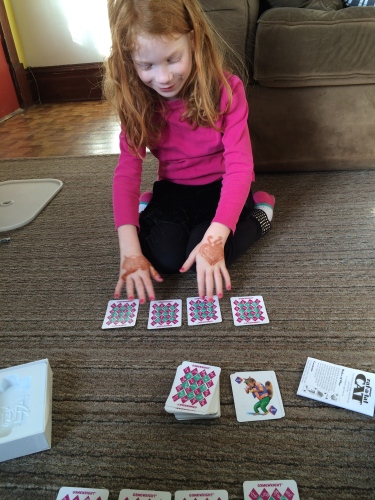 After that Gavin and I played Chess together. 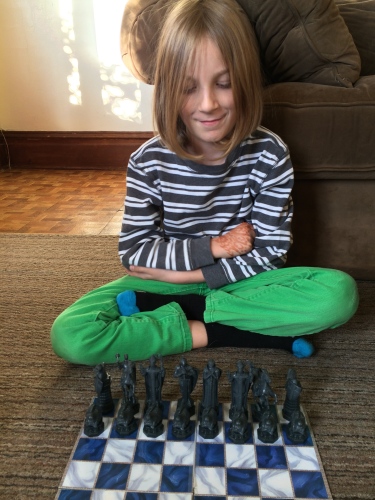 We worked on a puzzle with barns, carriages and hot air balloons. 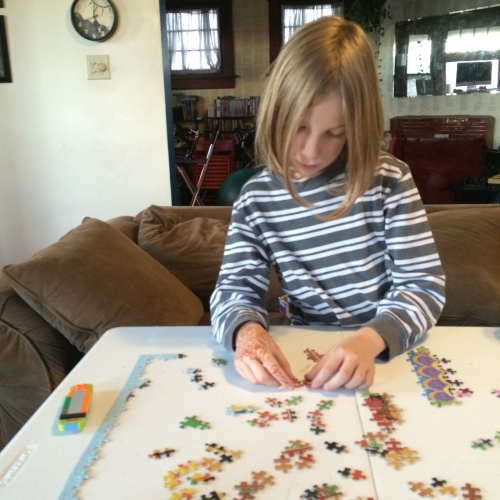 Lilah made a few things out of our tangram blocks. 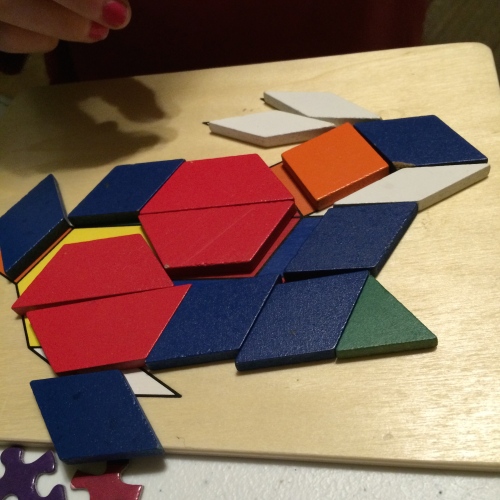 Gavin rested (he’s not feeling so great today) while Lilah and I did some Bollywood dancing (dance moves inspired by Bollywood films of India) before dinner was ready.